Torae – On The Clock with FLüD (Video)

Mutual supporters since day one, FLüD watches caught up with Torae for their “On The Clock with FlüD” series. Here Tor discusses shooting the video to “What It Sound Like” in Thailand, the craziest thing he’s seen in New York & the “Off The Record” docuseries. Big shouts to Doug, Mel, Henry & Blue. 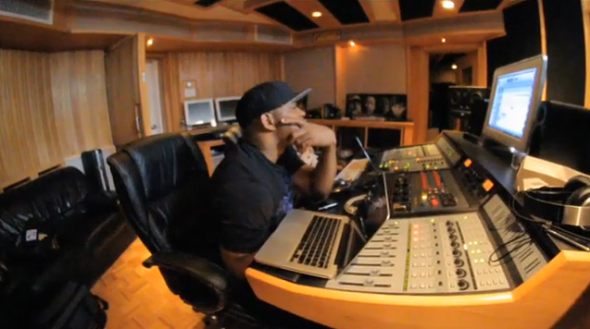 The Industry Cosign’s head honcho Big Ced caught up with Torae for their infamous 5 Questions. See how Tor answered what he’d do differently if anything, what the future holds for him, his style of writing & more HERE or after the jump.

END_OF_DOCUMENT_TOKEN_TO_BE_REPLACED 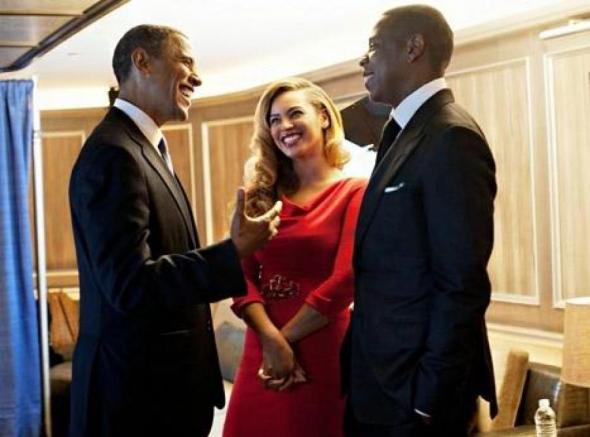 Repost!. 4 years ago I wrote this joint along with the homies Jon Hope & Sha Stimuli. Produced by Statik Selektah, it was our tribute to the election of Barack Obama into office. 4 years later he’s been re-elected & this joint sounds good as it did in 2008. Enjoy! 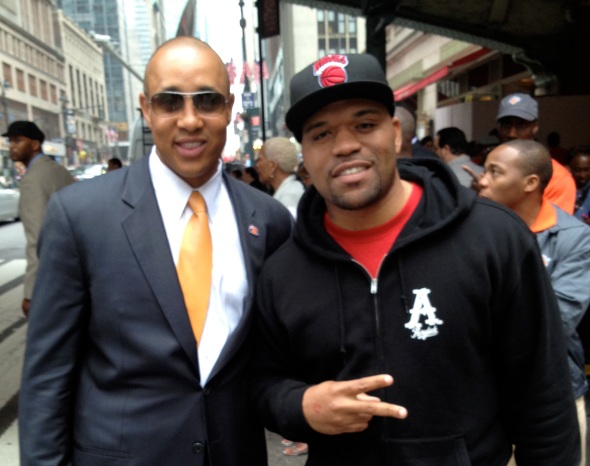 In celebration of the NBA season beginning this week, SOHH.com tipped things off with your favorite rappers boasting about their top teams. Our own Torae defends rocking with the New York Knicks over his borough’s Brooklyn Nets. Read it HERE.

END_OF_DOCUMENT_TOKEN_TO_BE_REPLACED

NQM traveled down to Atlanta at A3C and they caught up with Torae at the New Era “Meet & Greet”. They chopped it up about Tor’s latest EP, “Off The Record,” his favorite track “Journey Pt II and more. Torae also talks about wanting to work with Just Blaze, Erick Sermon as well as Marsha Ambrosius and Chaka Chan. Lastly, Torae talks about his next project and “dream project”. Shouts to Junie & Ace.

END_OF_DOCUMENT_TOKEN_TO_BE_REPLACED

Next week Torae returns to the motherland of his buddy Marco Polo, Italy. Marco along with Bassi Maestro & Ghemon Gilmar are gearing up to release their collaborative EP Marco Polo Presents: Per La Mia Gente (For My People). Torae will be performing a set of his own as well as joining the guys for “Get Live” their collaboration from Per La Mia Gente. Tor is very excited about getting to Italy for his 3rd time. More info after the jump.

END_OF_DOCUMENT_TOKEN_TO_BE_REPLACED

Since everybody is a critic these these days I decided to add my 2 cents into the mix. First off let me say if you didn’t PURCHASE this CD or legally download it FOH with your opinion. It cost $9.99 or more to make a comment round here. Check my thoughts on the album after the jump.

END_OF_DOCUMENT_TOKEN_TO_BE_REPLACED

Shouts to Dean Brown, for the suggestion. It’s request week folks, hit up facebook.com/itstorae. Lyrics after the jump. #DailyBread

END_OF_DOCUMENT_TOKEN_TO_BE_REPLACED

Shouts to Chris Biv, for the suggestion. I’m always indecisive when picking these beats. Lyrics after the jump. #DailyBread

END_OF_DOCUMENT_TOKEN_TO_BE_REPLACED 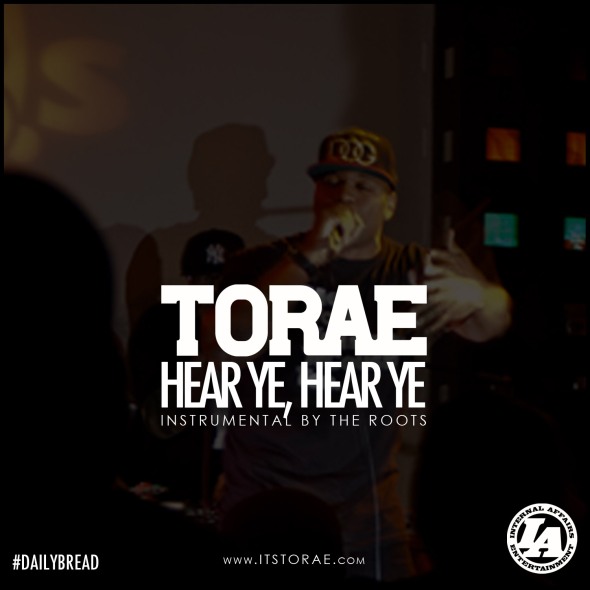 I took it elsewhere tonight, Friday night lights. Lyrics after the jump. #DailyBread

END_OF_DOCUMENT_TOKEN_TO_BE_REPLACED 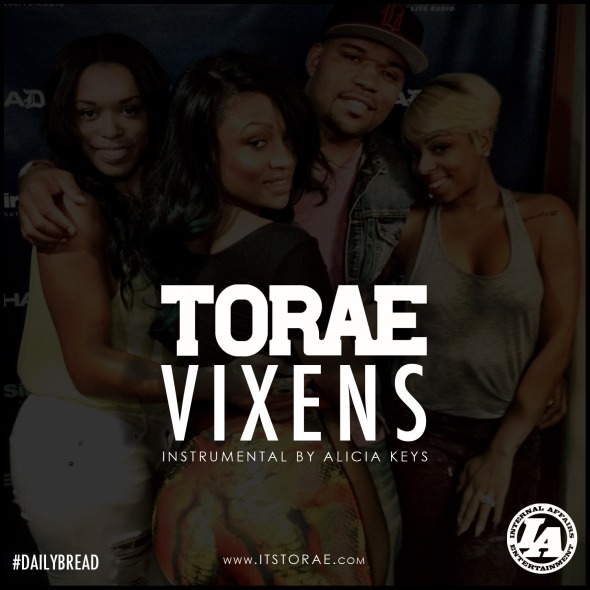 Definitely sleeping on the couch once this posts. #DailyBread

Sidebar: B.I.G would have a field day if he was still around. Lyrics after the jump.

END_OF_DOCUMENT_TOKEN_TO_BE_REPLACED 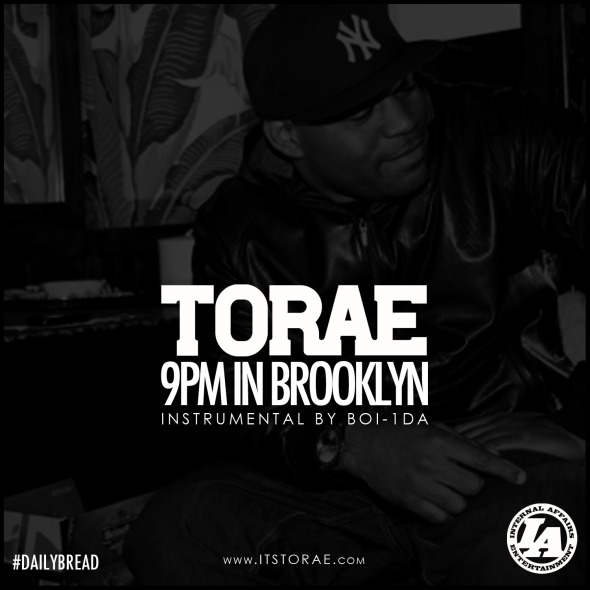 Title is self explanatory, so are the rhymes. Lyrics after the jump. #DailyBread

END_OF_DOCUMENT_TOKEN_TO_BE_REPLACED

Official music video for “What It Sound Like” featuring Pav Bundy. Produced by !llmind off Torae’s album “For The Record“. Available now.

Directed by: Todd Angkasuwan
Filmed on location in Bangkok, Thailand

Who leaks a song at 8pm on a Saturday? Reezy that’s who!! Enjoy y’all… 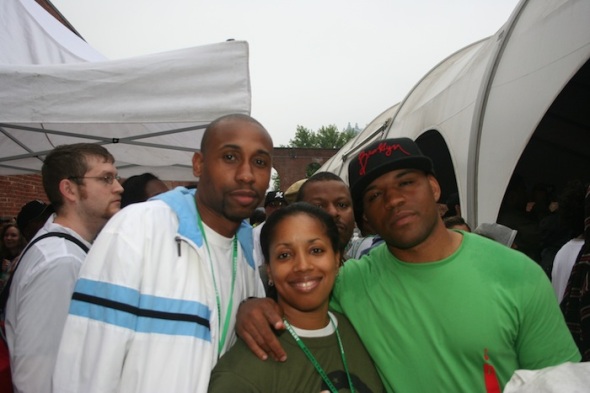 When Torae & Sha Stimuli collab expect great things to happen. Save The Day pt 2 is definitely one of those great thing! A sequel to Tor’s 2008 track “Save The Day” Sha’s picks up right where they left off. This !llmind produced banger is indeed super hero music. Stream it below & cop it if you love it.

The Process with Torae

See what Torae’s in the studio process is as he works on “No Regrets” a song with fellow Brooklyn MC Nina B. Download her entire mixtape “Titles Are Played Out” from DJ Booth.

On September 19th Team Torae invades The Highline Ballroom in New York City along with Maffew Ragazino & Soul Khan (of The Brown Bag Allstars). Here’s your chance to see Torae do a full set of music & run through whatever he chooses from his catalog of 5 full length releases & features. We also got word he’ll be bringing some friends along too. The Highline Ballroon is located at 431 w. 16th street (btwn 9th & 10th Ave) doors open at 6pm showtime at 8pm. Tickets are $10 in advance & can be purchased HERE $15 at the door. For further in check out Highlineballroom.com

Here’s some footage shot by Zoi of Bad-Perm.com of Torae performing “That Raw” & “For The Record” during the Serious As Cancer event in NYC. Enjoy & make sure you come out to The Highline Ballroom on Sept 19th to catch some of this live.

DJ Eclipse set off Rap Is Outta Control on Sunday with this joint off Tor’s new EP slated for an August 28th release. It’s the 2nd installment of The Journey he started on Daily Conversation. The Journey Pt. II produced by Marco Polo.

Off The Record docuseries Episode 2 “What It Sound Like”

Episode 2 traces Torae’s journey as an MC, starting as a young kid with a maxed out credit card on a self- pressed vinyl single, which lead to his work with The Coalescence and breakout singles “Click” and “Get It Done” with Skyzoo and DJ Premier. Reeling from the support and new fan base he established, he then signed to Duck Down Records where he released the critically acclaimed joint effort “Double Barrel” with producer Marco Polo. The stage is now set for what is next to come: the recording of his debut solo album. With bills to pay and a family to feed, Tor knows he can’t live on props alone; with this album it’s make or break.

Off The Record docuseries Episode 1 “Alive”

In the first episode of Torae’s docu-series “Off The Record”, Torae, his mother and childhood friends, discuss his life growing up in the Coney Island area of Brooklyn, personal challenges he encountered as a kid, his introduction to Hip-Hop and his first live show. The Urban Daily will debut an episode every Wednesday in August. You can view Episode 1 HERE.