Watch the vid up top & if you love it grab the song here.

The fine folk at mtvU will be debuting the official music video for “Outta Here” this Friday July 29th. Here’s a little teaser to get you all ready. Heart Failure is available for download now. 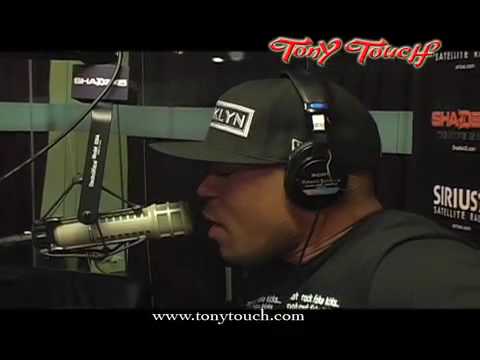 So with the release of any new project comes radio & press. Salute to every journalist & radio jock that gives a good got damn to sit & speak with me and a bigger shout to everyone that sits down to read or listen to a Torae interview. With that said the homie Amanda Bassa wrote a dope 2 part piece on me entitled “Bar Enlightenment” for The Well Versed where she chose a few lines of mine & I did the knowledge on ’em. I also chopped it up with the homie 730 from HipHopGame for a nice little write up that started off speaking about Heart Failure but ended up talking about 6 grader classroom outbursts, social networks & the documentation of blow jobs, hahaha very interesting read indeed. For shits & giggles I’ll throw in the audio of my time with the legendary Tony Touch on his Toca Tuesdays show on Shade 45. I went for about 20 good bars….definitely decent.

Well folks the day is upon us. Flowers, cards, candy & a whole bunch of other unnecessary BS. Don’t you people know all you need is love & music. Allow me if you will to provide a nice soundtrack for all of this evenings festivities. Play this on your way to the restaurant, hotel or while you’re in the back set of your jeep swinging an ep’. Word to James Todd Smith.

So for my 2nd Pillow Talk installment I figured let’s really go there! And who better to go in with than adult film star Lethal Lipps. This interview was just as fun as the one with Dee, but in a whole different way. Enjoy!!

Here’s where the whole Heart Failure project begins on this song. All good right? let’s see where it’s at 11 tracks later. Big up to Woody on the beat & Mike Shorey on the hook. Lemme throw in some classic Mike Shorey & Fab after the jump.

END_OF_DOCUMENT_TOKEN_TO_BE_REPLACED

In a constant effort to push the envelope in my viral campaigns I present to you a one on one interview series with a number of industry females entitled “Pillow Talk”. With the success of my inflowmercial & Double Barrel Tuesday clips I wanted to come with something new for the Heart Failure mixtape/EP. I think Pillow Talk will enlighten fans of these women while showcasing yet another side of me. First up is the lovely Dee Vazquez of Fuse TV, Hot 97 & Sirius XM. I hope you enjoy…

Behind every great photo is a great photo shoot, well maybe not always but this one was pretty good. Shouts to the homie Photo Rob & the young lady in the pictures. Hell I’ll even be nice & add a stream of the song playing in the clip. “Let It Go” produced by Khrysis & featuring the lovely “sounds” of Mone Divine. Heart Failure mixtape Feb 14th & iTunes tagless version Feb 15th.

On Feb 14th me & the homie DJ Blazita in association with Honey Mag & Flud Watches are dropping a little something for Valentine’s Day. Heart Failure is a 10 song project with a relationship theme. It covers everything from meeting, to dating, to sexing & breaking up. It’s pretty much what happens between Tribe’s “Electric Relaxation” & Main Source’s “Looking At The Front Door”. Hit the jump for tracklist & credits…
END_OF_DOCUMENT_TOKEN_TO_BE_REPLACED